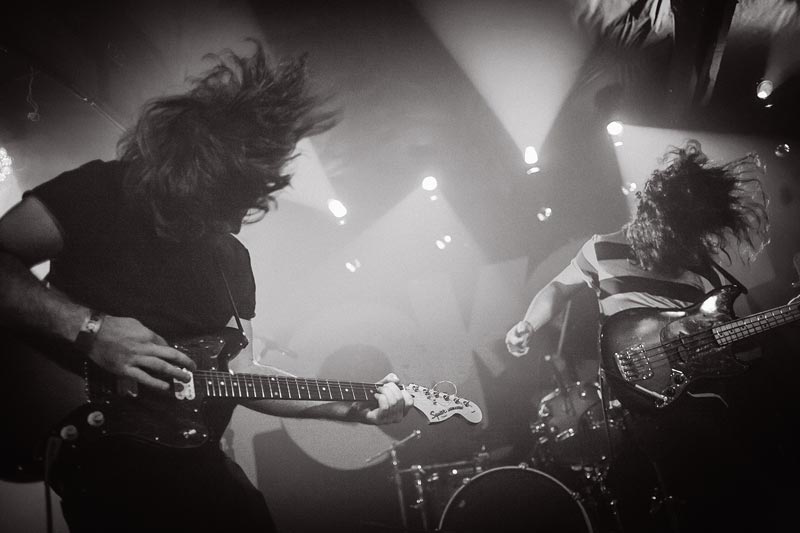 From a dusty attic creeps the haunting sound of Dusty  Mush, unleashing a lo-fi garage rock onslaught that delves into the heart of obscure psych and surf from the 60s.
Since their inception in 2011, it’s as if Dusty Mush hasn’t taken a break from experimenting with recording–releasing religiously. With Cédric Bottacchi howling on guitar and vocals, Romain Duplessier leading you into oblivion on bass and Maxime Saïd beating new dimensions into reality on drums, this garage rock trio from Melun, France is a band to look out for.

Cape Town didn’t know what hit it when The Future Primitives formed in late 2011.
From the first strum, this feral three-piece attacked in true garage style with an unmistakable rockabilly attitude mixed with an array of psychedelic leanings drowned in surf-drenched guitar. The Future Primitives alter between old and new, blending and blurring the lines between the two, bending the sound into a shape of its own.
Their name hints at a contradiction that can be heard in their sound as the recordings are stripped of all technological advances, using analogue gear and minimal microphone setups to record live to tape. To them, it’s more about capturing a feeling.