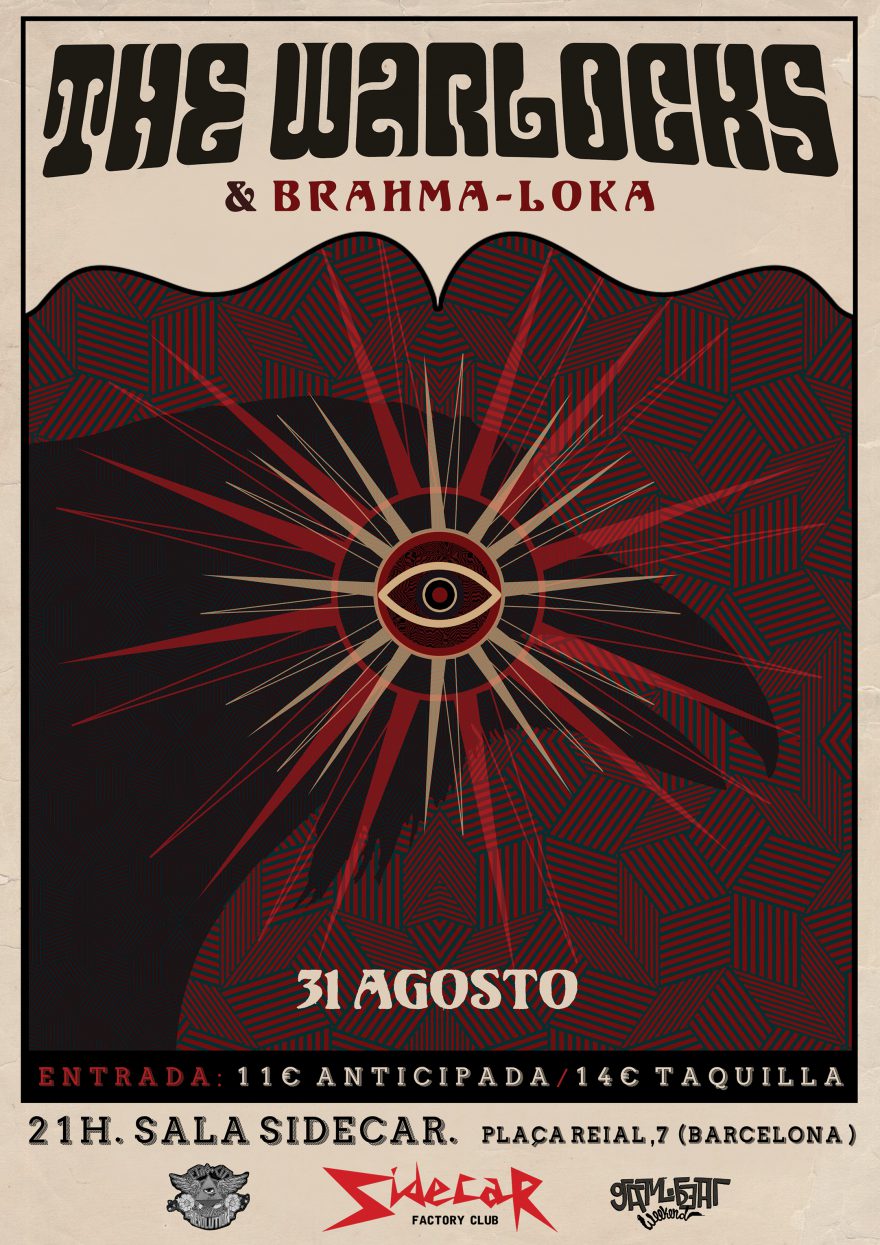 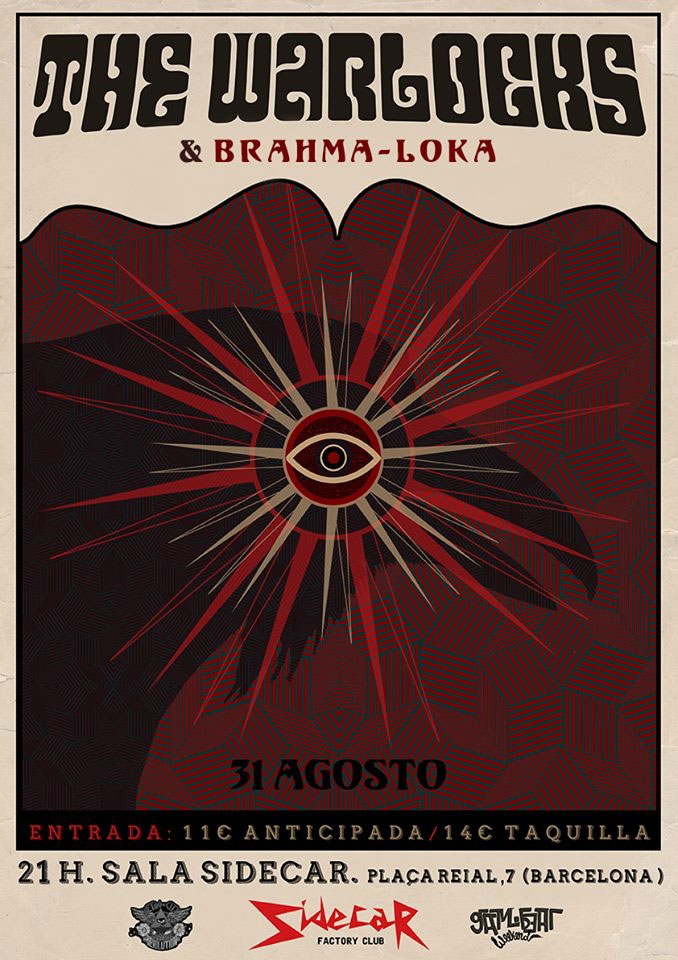 After forming in America during 1999, the ever-changing personnel of The Warlocksmeant that the band had already featured nineteen different members before it was slimmed to the seven-piece outfit that they are today. Consisting of Bobby Hecksher (Vocals/Guitar), JC Rees (Guitar), Corey Lee Granet (Guitar), Bobby Martinez (Bass), Laura Grigsby (Tambourine/Keys), Danny Hole (Drums) and Jason Anchondo (Drums) – their two drummers with four guitarists formation produces a relentless, hypnotic wall of sound that suggests a collision between classic psychedelia, Krautrock and Velvet Underground style rock and roll. It’s just what thehead doctor orders if you wish to be an underground stateside phenomenon and that’s exactly what The Warlocks became.

Front man Bobby Hecksher grew up in the swamps of Tampa Bay, Florida where he was practically raised at a radio station owned his Grandfather and where his mum also worked as a secretary. As a result Bobby was soon eating and breathing rock’n’roll on a daily basis.

Bobby recalls, “My granddad was an inspiration. He created the radio station out of thin air. And from it all these nuggets of rock’n’roll came toward me”.

At sixteen his family left the swamps and moved to LA where Bobby soon found kindred spirits. He jammed with Beck playing bass on “Stereopathetic Soul Manure”; he hung out in the in the decadent atmosphere of the ‘Mad Hatter’ club and moonlighted in the Brian Jonestown Massacre whilst also attending parties with legendary acid guru Timothy Leary, a potent cultural and creative mix that led to theformation of The Warlocks.

Their debut album ”Rise & Fall’ (Bomp 2000) set out their template allowing TheWarlocks to build upon their reputation as a forceful live act but it was the band’s signing of a worldwide deal with Mute (in conjunction with City Rockers in the UK and with Birdman in America) that led to the release of “Phoenix” (2003) a record that raised their profile significantly. The album’s varying moods and atmospheres range from the driving power of “Shake the Dope Out” to the 14-minute, hallucinogenic opus “Oh Shadie”. “Baby Blue”, the pretty and deliciously retro 7″ and CD single taken from the LP arrived awash with sitars, a touch of feedback and a melody that sounded like it had blown in from the West Coast of pop. The single’s extra tracks featured two songs from the album recorded on their British tour, “Hurricane Heart Attack” boasting a guest appearance from ex-Spaceman 3 front man Sonic Boom that together with “Inside Outside” successfully conveyed a sense of the band’s gigantic live sound.

Having left those who have experienced the sheer power of The Warlocks hungry for more, “Phoenix” is sure to be the first step on a ladder that could escalate the band to some lofty heights, a fact that Bobby Hecksher seems highly aware of.

“All that concerns me is making The Warlocks the best I can possibly make it. I want to move people. If they walk away from a show feeling something, or just experience a feeling that they didn’t feel before then we’ve achieved something. We’ve been through chaos and now, finally our destiny is whatever we want it to be…”